A lot of times when people know you have adopted, they automatically think it was because you couldn't have kids.  Well, our story is a little more than just that.

We never really wanted to have kids.  I knew the responsibility involved and we both felt the same.  If we didn't have the strong desire, then we shouldn't pursue it.  That doesn't mean that we didn't like kids...being around kids and raising your own child are two different things, and I didn't take the responsibility lightly.

We were married about 10 years when we decided we were ready.  And that's when I found out the abdominal pain I was having was caused from fibroid tumors and cysts.  That was taken care of with minor and major surgeries.  When my husband had kidney stones, we decided to have him tested for fertility, and soon after Dennis had surgery for varicocle.

Some time was going by and our decision kept going back and forth again.  And we had both agreed that we would not put any money towards trying to get pregnant.

But one desire that kept growing much more than being pregnant, was to adopt, and I specifically wanted to adopt from China.  I knew about the one-child policy, I have always had a love for the Asian culture and people.  Growing up, my room was decorated with Asian fans and decor.  Another influence, was having had two opportunities to host Japanese students in our home, as well as staying in Japan for two weeks with my sister-in-law while she worked as a journeyman.  It was and still has been the best experience of my life.

Unlike trying to get pregnant, we knew adoption was for us, it was what we really wanted.  We started the process in August of 2005, and then Hurricane Katrina hit our area.  The stress of losing my Mom just six months before and now the nation's worst natural disaster, was really taking a toll on me.  But I did all that I could, finding the temporary locations for the USCIS and trying to find my birth certificate.  International adoption is difficult with the amount of paperwork involved, but this was another obstacle.

I didn't let Katrina stop me, in six months our Dossier was sent to China and we had a log in date of March 14, 2006.  We were told that the wait was 6 to 9 months.  Then all of a sudden the wait started to increase.

We were at a point in 2009, where we were going to pull our Dossier.  We had no word at all from the agency as to what China was doing.  The only source we had was the Internet.  So we decided that after 2009, if we still had no referral, we would pull our Dossier.

The current wait for China is about seven-eight years now.  Our wait was over 3 years.  I would not want to go through that again and feel for the families still waiting.  It feel as if we have had Emma from day one.

Like China, I think we are a one-child family.  One is enough for us.  Emma couldn't be more perfect and more ours.


We are very thankful for the nurturing, love, and teaching that Emma was given while at the Chenzhou Social Welfare Institute.  This institute is very fortunate to be a part of the Half the Sky program.

Video from the February 9, 2012, Today Show, interviewing the CEO of Half the Sky, Jenny Bowen.

Welcome to My Blog 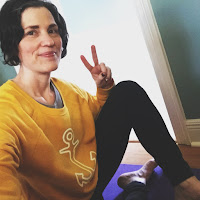 Thank you so much for visiting my blog. What started out as a blog to share about our adoption has turned into so much more. I have been creating since 2007, documenting my daughter's life as well as our family. Memory Keeping is my heart, but I also love to create cards and work in planners.